Home I Blog I Budget Announcements 2019

With the election a few weeks away, now is the time to understand each party’s proposals and how they may impact you.

In the past few weeks, both the current Government and Opposition have made their announcements for the next federal budget. Given an election is set for the 18th of May, both sets of policies and promises are worth reviewing.

Remember, at this stage, these are just announced proposals and not yet law, which means things could change as the campaigns unfold and as legislation passes through parliament.

The government is proposing to expand the personal income tax cuts that have been legislated from the 2018-19 Budget. These tax cuts will particularly benefit low-to-middle income earners.

These cuts will be achieved through a combination of changes to tax offsets, adjustments to personal income tax brackets and marginal rates.

Increasing and expanding SME access to the instant asset write off

The instant asset write-off threshold is increasing from $25,000 to $30,000. The threshold applies on a per asset basis, so eligible businesses can instantly write off multiple assets.

Small businesses (aggregated annual turnover of less than $10 million) will be able to immediately deduct purchases of eligible assets costing less than $30,000 that is first used or installed ready for use, from Budget night to 30 June 2020.

Medium sized businesses (aggregated annual turnover of $10 million or more but less than $50 million) will also be able to immediately deduct purchases of eligible assets costing less than $30,000 that are first used, or installed ready for use, from Budget night to 30 June 2020.

However, medium-sized businesses must also acquire these assets after Budget night to be eligible.

The government has proposed a number of measures to make it easier for Australians aged between 65 and 67 to top up their super.

Currently, people aged 65 to 74 must be in paid work for a minimum of 40 hours in any consecutive 30-day period in the financial year to make voluntary super contributions.

From 1 July 2020, this ‘work test’ will only be necessary where contributions are made by people aged 67 to 74.

This proposed change means that people aged 65 or 66 who don’t meet the work test because they, for example, only work one day a week, or do volunteer work, will be allowed to make voluntary concessional and non-concessional contributions to their super.

The government is proposing to extend the ‘bring-forward’ rules which allow Australians aged less than 65 at the start of the financial year to make up to three years’ worth of non-concessional contributions to their super in a single financial year.

From 1 July 2020, the bring-forward rules will be extended so they also apply to people aged 65 and 66 at the start of the financial year.

Currently, Australians aged 70 years and over cannot receive contributions made by their spouse on their behalf. The government is proposing to increase the age limit for spouse super contributions from 69 to 74 years from 1 July 2020.

While the Medicare levy remains unchanged at 2% of taxable income, the thresholds for low-income singles, families, and seniors and pensioners will increase in the 2018-19 income year.

Help with paying energy bills for Australians on income support

Individuals in receipt of a qualifying income support payment will receive a one-off Energy Assistance Payment of $75 for singles and $125 for couples (combined) to assist with energy bills.

The government has allocated $320 million for a one-off increase to the basic care subsidy for aged care residents.

Also, 10,000 extra home care packages will be released over the next five years.

As occurs every year, following the delivery of the current government’s budget, the Opposition presented their proposals for how they will manage the budget should Labor take power following the next election. The Labor budget reply focusses on lower and middle-income Australians with a promise to match the Coalition’s personal tax cuts estimated to impact 10 million working Australians, as well as an additional billion dollars in cuts to support low-income earners.

A key point of difference between the two announcements in this space is that Labor rejected the idea of flattening tax rates at the higher income end, stating that it was unfair that someone earning $50,000 could pay the same tax rate as someone earning $200,000.

With regard to superannuation, Labor proposed new policies late last year, and reaffirmed these in their budget reply, that included:

Negative gearing featured, with Bill Shorten wanting to put an end to this tax benefit. This could have an impact on investors who borrow to invest in the future. “If you’re currently negatively gearing the rules won’t change. If you want to use it on new homes, you still can. But you cannot have property investors playing with loaded dice against our young people, Generation Y and the Millennials,” he said.

The reply also touched on capital gains taxes, with a proposal halve the current 50% discount to 25% on investment properties purchased after 1 July 2017.

Labor proposed to abolish tax refunds on share dividends by removing franking credits. This could impact investors who have relied on these credits as part of their retirement income stream.

A key element of Bill Shorten’s budget reply was a focus on disability, health and education including funding for Cancer patients to the tune of $2.3 million.

Additionally, he threw support to:

With the election a few weeks away, now is the time to understand each party’s proposals and how they may impact you. If there are outcomes from the election and resulting legislation that impacts your plan, feel free to get in touch to discuss the best way forward. We will be keeping a close eye on the outcome and following legislative changes.

Breaking your super down into the basics in 2019

Should you live for today or save for the future? Take the angst out of everyday spending.

Your financial life after separation 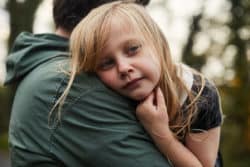 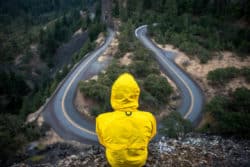 Is it better to invest in property or shares?

2019’s hottest travel destination for everyone How much insurance cover do I need? 5 things to consider when investing for the first time in Australia Client Story: Caring Hands