Life was humming along for Lindsay and Tracy Diefenbach. They were settling in well to Armidale, even adapting to the cooler weather, having met and lived on the Sunshine Coast. Lindsay had job security and while only new to his role with Betts Transport (following on from his existing experience as a truck driver); he appreciated the supportive working environment at Betts.

Most importantly, he had his four beautiful girls in his life, wife Tracy, their two little ones and eldest daughter Josie (24) from a previous marriage. He was even the proud Grandpa to Josie’s little boy, Ryley. Everyone was close, happy and healthy.

Tragically though, their world would soon be turned upside down with the abdominal pains Lindsay had been experiencing hiding something more sinister – liver cancer.  In the months that followed, the couple had a tough journey. Lengthy surgery revealed an aggressive liver tumour wrapped around veins and arteries. Chemo followed, and in time, Lindsay received the all clear.

But even after the all clear and his return to work at Betts, Tracy, a nurse, knew that her husband’s continuing pain and discomfort was a very worrying sign. Heartbreakingly, in June 2014, at the age of 47, Lindsay passed away, leaving behind the girls he so adored.

“I want to share my story so that others may know the importance of being insured and having financial security when everything else in life is in complete turmoil.”

Lindsay and Tracy’s first date was meant to be a quick catch up in the park over coffee and cookies. They ended up chatting for 6 hours, and both knew that they had met someone special. For Tracy, then in her mid 30’s, having a family with Lindsay was icing on the cake with the couple welcoming daughter Bridgett in January 2008. Once Bridgett arrived, the Diefenbachs decided on a change of scenery and made the move from the Sunshine Coast to Armidale.

It wasn’t long before Lindsay found employment with Walcha based, family owned company, Betts Transport. The move also resulted in the further good news with the arrival of the couple’s second little girl, Addison (‘Addie’) in December 2009.

With permanent work now secured with Betts, Tracy decided to follow up on something important to her that she’d not been able to afford previously – insurance. Part of the couple’s motivation in seeking insurance cover was their experience a few years earlier when Lindsay had required spinal surgery. At the time, they had no insurance and no wage coming in to cover the period Lindsay was unable to work.

For Tracy, arranging life insurance and income protection insurance was a must with regards to her family’s future. Of course, she hoped there would never be a need to follow through with any claims on the different policies. 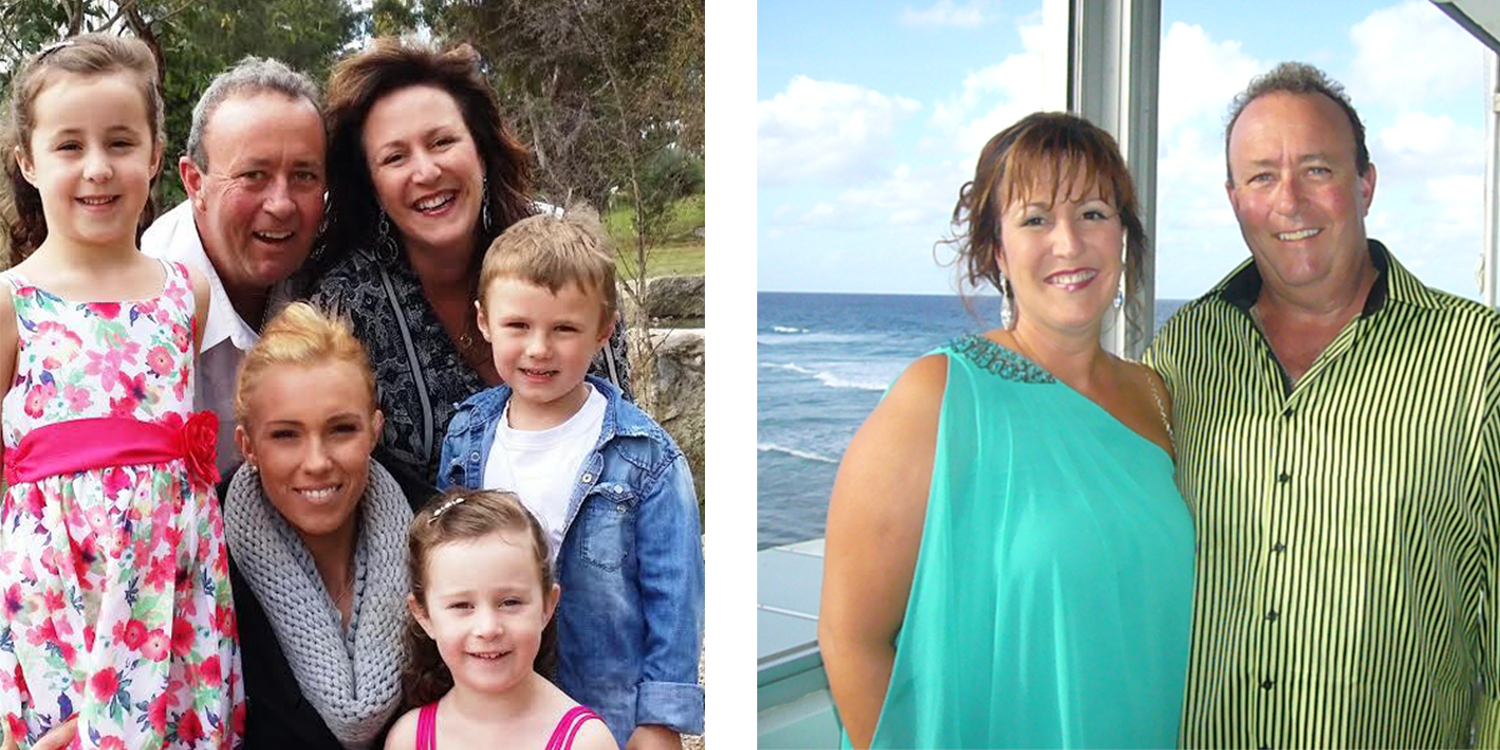 A family member in Armidale recommended Invest Blue and the couple were soon in the capable hands of Kasey Patterson. Tracy says that seeking Kasey’s counsel was a wonderful decision,

“She was just amazing. She listened to what we wanted, sorted it all out and went through it all so thoroughly. She really has been so fantastic with everything that has happened.”

The only curve ball was that as a truck driver (and this is the case for many ‘truckies’) arranging Income Protection Insurance was a challenge and so Trauma Insurance was arranged instead. Initially, Tracy was concerned about this unknown cover, but it has ended up being for the best financially.

Kasey is just one of the many people who have provided unconditional support to the Diefenbach family over the past few years. Betts Transport has also been incredible – something Tracy finds all the more remarkable given how briefly Lindsay was with the company before becoming unwell. “Betts has been absolutely amazing. They were ringing us all the time; they took up a collection and before our insurance came through, they tried to support us financially too.” All of their efforts meant the world to Tracy and she still feels a special connection to everyone at Betts Transport. The entire local community has been fantastic in their support from friends and family members to the school community and many medical staff as well.

“I cannot begin to imagine how much harder everything would have been in losing Lindsay if the family faced financial uncertainty as well.  Without insurance policies in place, I would have had to sell our home, return to full-time work and remove the girls from their existing school. My heart breaks for people out there in this situation. I know that the grief of losing your loved one is a heavy enough burden to bear without the added weight of financial worries.”

Tracy says that from the beginning, having insurance took enormous pressure off and allowed the couple valuable time together. Trauma Cover meant they could live for a year without having to work. It also meant that bills could be paid and that their bomb of a car could be replaced by something more reliable.

Tracy says that Lindsay was very reassured by the fact that his family would be financially secure after he was gone and he was also pleased they could afford a safe and decent car for a change. Insurance allowed for all of this and more. One of the other costs insurance helped with was professional counselling for Bridgett and Addison (aged just 6 and 4 at the time Lindsay died) to help them cope better with the loss of their father.

Tracy believes that in losing her life’s love, the end was as good as it could have been. Together, the couple had written a bucket list and one of the last experiences they had as a family was spending precious time together in the Northern Territory’s town of Katherine (Tracy had also arranged for Lindsay’s daughter Josie and her husband to be there). Katherine is where Lindsay would pass away, but in telling their story, Tracy describes their time there with warmth and beauty and is pleased that her daughters also have some happy memories from Katherine.

The insurance policies set in place several years ago mean that full-time work is on hold and Tracy can choose to be at home, focussing on her daughters as they all come to terms with life without Lindsay. And having been through so much since those early discussions, Kasey’s very much considered a friend and Invest Blue continue to guide Tracey financially. For example, refinancing has allowed money to be put aside for Bridgett and Addison should they wish to go to uni and for their wedding days as well.

And while it is devastating that Lindsay will not be there to walk his two beautiful girls, Bridgett and Addison, down the aisle on each of their special days; there is no doubt that his strong, brave wife will have done a wonderful job in raising girls that would have made his heart burst with pride.

If you would like to talk to someone about your family’s financial situation, get in touch.