One Day at a Time

Despite the devastating loss of her beloved husband, Jeremy just a few months ago, Peta shows remarkable strength and resilience. She is incredibly open about Jeremy’s mental health battles, her own medical challenges and the importance of having a trusted person to help her navigate difficult financial matters during the tragic circumstances she has faced.

Peta and Jeremy Innes first crossed paths with Financial Planner Adam Ghanem in 2017. Peta says the fit with Brisbane-based Adam was great from the outset and four years on, she considers him a trusted friend. He was one of many people in attendance to support Peta at Jeremy’s funeral earlier this year.

Peta believes that without Adam’s help, she and Jeremy would have lost their home.

She was, after all, on first name terms with the bailiff who turned up at the Innes household on three separate occasions due to arrears on their mortgage repayments. But to better understand how dire things were, financially, we’ll rewind a little…

Peta had been suffering seizures for several years when one morning in early 2017 she woke up with no memory at all. She did not recognise her surroundings or even her own children, teenage daughters Abbie and Bella. It was a very frightening period for Peta who, at the age of just 37 suddenly had her world turned upside down.

Peta’s seizures were the result of white matter ischemia which mimics Multiple Sclerosis in many ways such as the shakes, poor memory, seizures and lesions on the brain. Early dementia is also common. Peta currently has 24 lesions in her brain and will live with this condition for life. Understandably, the impact of the condition on her day-to-day life and on her family was immediate and she was forced to medically retire from her role in Property Management.

Sadly for Peta, a return to working life was not feasible. This remains the case. It took some years before she was able to drive but doing so has brought back some of the freedom and independence she knew so well before the debilitating illness took hold. It also took a long time for Peta to get the balance right with her different medications. Peta was still working through this balance when she first met Adam. Not surprisingly, she was in tears during their first meeting – at a loss as to what to do and how to get out of debt amidst such personal difficulties.

Invest Blue’s Adam Ghanem weighs in. “Working with Peta and Jeremy over the past few years has been deeply rewarding for me. When I first met Peta in late 2017, she was trialling different medications that her specialist had prescribed, and her health issues were very up and down. Once I better understood Peta’s condition, I could formulate ways to assist her. As she was suffering from memory loss, I would send her detailed checklists and work closely with her family to help guide her through the process.”

Adam was the first financial expert Peta had ever spoken with, and she dreads to think where she would be, financially, without his tenacious and informed approach.  “I would never go anywhere else”, she says. “Adam has made everything so much easier and whilst I know he relates well to everyone and is super professional, he’s always had a special bond with Jeremy and me. He even put up with my husband’s potty mouth!” 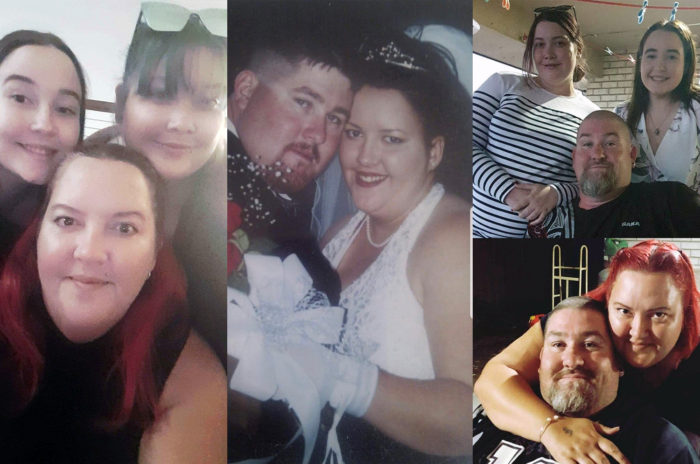 Adam was instrumental in securing insurance claim payouts that Peta was entitled to and has been there to advise and support her at every step since that initial meeting.

Prior to discussions with Adam, Peta wasn’t aware that she could claim her TPD (Total Permanent Disability). It was an arduous process for everyone at times and one of the insurance payments took an exceptionally long time to come through, but the trio worked well together, and their patience was eventually rewarded. With the claims paid, the couple were able to clear a lot of debts, pay off their mortgage and with Adam’s guidance, further invest the remaining funds.

You can read more about your insurance options and types of cover here:

And so, with their financial burdens eased, it would seem that things were looking up for the Innes family. Heartbreakingly, this was not the case and there is more to Peta and Jeremy’s story.

Jeremy had suffered from bipolar disorder for over a decade and in March this year, at the age of just 43, he died by suicide. He had said his goodbyes to Peta and left this world knowing how deeply loved he was.

Peta speaks of her partner of 22 years with such compassion and with a deep understanding that their enduring connection was a beautiful one. Having met when she was just 19 years old, Peta has spent more of her life with Jeremy than without and when asked what she is most proud of in life, the answer is simple.

“I am most proud of my husband. He had been fighting this disease for 10 years and he tried so hard to live positively and escape the darkness in his head. I’m proud that he fought so hard to get us to where we are today. He wanted to be sure that I was ok before he died. The last words he said to me were of love and how much I meant to him.”

Peta and Jeremy were the absolute best of friends. After he left his job at Logan Hospital where Peta says he saw a lot of trauma which she believes exacerbated his bipolar disorder, Jeremy decided to get his truck license and begin a new career. He drove trucks locally and interstate and Peta would go with him on these trips. She loved being with him and he loved having her there.

Together, they had created a beautiful family and Jeremy was exceptionally close to his two daughters. Since his death, Peta and the girls have been warmly embraced by family and friends and a wonderfully supportive community. A good example of such support is the last-minute call out Peta made for the haka to be performed at Jeremy’s funeral, in honour of his Kiwi heritage. The group of men who performed at the service represented Maori, Samoan and Polynesian cultures and while they may not have known Jeremy, they paid him an incredibly moving tribute. The group represented UCE Movement – a charity dedicated to mental health and suicide awareness.

The Innes family can certainly count on Adam being there for them too.

“Moving forward I will continue to work closely with Peta to help her manage her finances but most importantly, I will show her that she is not alone. I intend to assist her in any way I can. Over the years, I have not only gained a client but a friend,” he says.

Life without Jeremy is tremendously difficult for Peta. There are dark days but there are also important milestones to look forward to. Peta has two granddaughters, and another little girl (Bella’s firstborn) is due in September. Whilst unable to work, Peta can study and has commenced a Cert IV in Mental Health Counselling. She knows her firsthand experience will be beneficial in helping others. She has also been lending a hand at UCE Movement which she has found very fulfilling.

For now, Peta says she is taking one day at a time. And despite her sadness, she still manages to smile as she tells me that pink gin is certainly helping too! 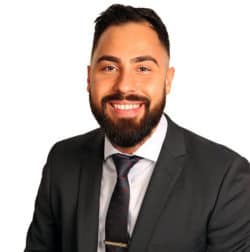 Book a chat with us if you would like to speak to Adam Ghanem or one of our other financial advisers about your own situation or insurance built into your super.

Financial Planning can help you and your family

I can comfortably support myself

I know I can comfortably support myself and may be able to help support my family. Bernie's advice gives me options and challenges me to identify my ongoing goals and dreams.

We are always left with the feeling of being a family member not just another client.

Extremely helpful - I could not have managed my financial life without my Financial Planner's advice.

They understand what you are trying to achieve

They try to understand what you are trying to achieve in regards to financial outcomes, and advise on the best ways to achieve this without trying to sugarcoat it. Just keep up the good work that you are doing!!

We are made to feel important

Our experience with our Financial Planner and his team has been excellent. We are made to feel important, we are always met with a smile and a welcome, and we are always given the time we need to sort things out

More client stories From Financial Stress to Retirement Freedom “It’s the scariest thing I have ever done!” have van will travel