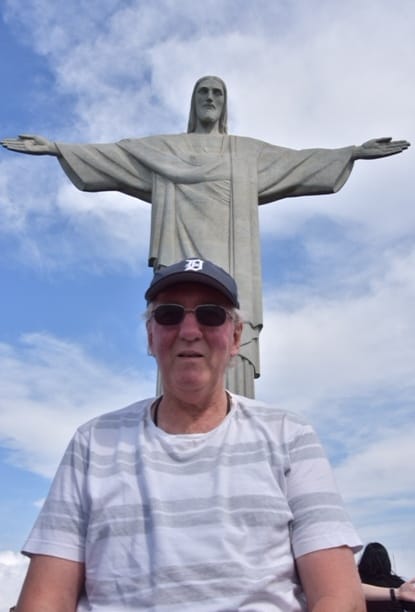 At 72, New Zealand born Michael Snelling continues to enjoy his retirement – it brings him the freedom to do what he finds pleasurable such as volunteering, travelling and spending time with his three adult children and six grandchildren who also reside in Sydney. Since retiring from the banking industry over a decade ago, Michael has been guided in his money matters by financial planner, Bernard ‘Bernie’ Fehon.

Back in 2006, a friend recommended Bernie to Michael who at 62, was in the fortunate position of being offered a voluntary redundancy with full retirement after more than four decades with the Bank of New Zealand (NAB took them over in the 1990s). Michael had started working for the bank whilst still residing in New Zealand and also had three years with them in Fiji during the Pacific Island nation’s changeover to decimal currency. Meeting Robyn, a young Australian woman, prompted the move across the Tasman in 1971. 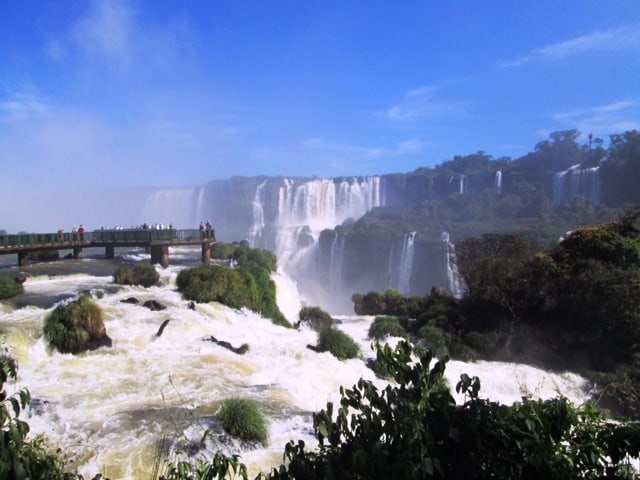 Michael and Robyn married in Australia and before long, welcomed daughter, Renee followed by two more children, Corinne and Adrian. Devastating though, just a few weeks before Renee was to celebrate her 21st birthday, Robyn passed away from ovarian cancer. There had been few signs she was unwell and by the time her cancer was discovered, it was too late. When he lost Robyn, Michael says being busy and having full-time work helped him cope with his grief but in retirement he misses her greatly as they always planned to enjoy these years together. In many ways, Michael feels Robyn missed some of life’s most beautiful moments – quality time together, travel, seeing her children as parents themselves and meeting and having time with her six grandchildren.

In spite of wishing Robyn was by his side to also enjoy it, Michael makes the very best of things. He loves his volunteering, primarily at the Royal Easter Show each year and at events they run throughout the year. He has experienced some wonderful travels over the past several years too. At this stage in his life, Michael is also very grateful to have peace of mind financially. He had good superannuation behind him when the volunteer redundancy package was offered and is therefore able to live off his super and leave other investments for Bernie to oversee.

When full time work came to an end, Michael admits to being very out of his depth with regards to retirement finances and is glad Bernie was there to help. He says, “I’m pretty clueless about where to put my money and all of those decisions. With Bernie, it has all worked out well. He gives me good advice and lets me know what he thinks I should do. I leave a lot of it up to him. He is excellent – honest, trustworthy and a great family man.” 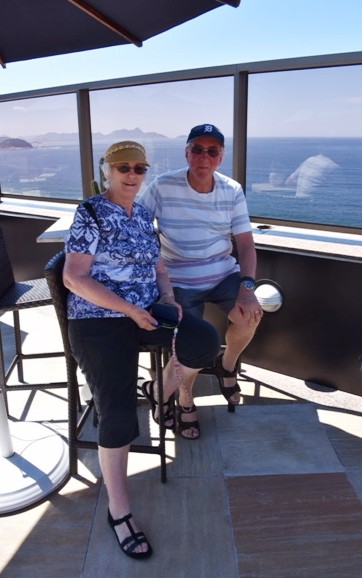 Michael Snelling And His Sister-Invest Blue

Michael has not long returned from a 10-week trip with his sister to the US, South America and Europe. It was the first time the siblings had travelled together since schooldays. They covered plenty of ground too from New Mexico to Iceland and along the Rhine to France, Holland and Germany with time at the end in Rio and Buenos Aires. Iguazu Falls was just one of the trip’s many highlights.

After a big scare with a double bypass in 1990, being active in mind and body is important to Michael. He enjoys his independence and will continue to make the most out of life – it certainly helps Michael to know his finances are in Bernie’s capable hands as he looks ahead. When not busy travelling or volunteering, Michael will most likely be found watching cricket, baseball and rugby union. He may be Kiwi born but he’s very much an Aussie now, at least where rugby union is concerned – he switched his allegiance from the All Blacks to the Wallabies and given recent scoreboards, that’s true commitment!

It's great to be able to enjoy our retirement years comfortably thanks to Kylie and the team at Invest Blue.

Would refer without hesitation

I usually don't recommend services to family or friends but would be comfortable referring our financial advisor to family without any hesitation. The way we were treated and not feeling like a fool asking the same questions every visit until we could understand how things would be set up and how it worked and what was the best for our needs so we’re comfortable in our retirement.

Bernie provided expert advice which ensured we were able to reach our retirement goals. We are free of mortgage, free of credit card debt; we purchased a new car and have just finished renovating our kitchen.