When Colours Collide – Mr Black, Ms Brown and their many, many marathons

Roger Black has had a fulfilling career around the world in corporate finance but when it came to managing his personal finances, Roger needed expert guidance, especially after going through a divorce that had been quite crippling financially. Fortunately, Roger came into contact with Brisbane-based Financial Planner, Timothy Jones who has helped Roger ‘paint a picture of where we are and where we can go financially.’

We chatted to Roger about his financial future, the serendipitous connection with his long-term partner Leanne and their collective effort of having completed over 120 marathons!

Fitness plays an important part in Roger’s life. He turned to marathon running after quitting a packet a day cigarette habit. Roger particularly enjoys the challenges of marathons and the mental discipline they require.

And, as it turns out, being fitness-focussed even led to romance…

About 11 years ago, during a fitness session at his local gym, Roger got chatting to a fellow gym-goer by the name of Leanne. They had an instant connection and bonded over many things, one of which was a love of distance running. When they discovered one another’s surnames, it appeared things were meant to be, and Roger Black and Leanne Brown have been a couple ever since.

The pair first met with Invest Blue’s Timothy Jones about two and a half years ago after being referred by a colleague. Despite being very much at home in the corporate sector, Roger was, by his own admission, out of his depth when it came to issues around super fund management and the like.

“I needed assistance from someone who understood it and could help me work my way through it.”

To date, Timothy has helped Roger and Leanne enormously, but Roger admits to being a little sceptical at first. “I’d seen financial advisers over the years, but I always got the impression that they were more interested in determining what they could sell me rather than actually work out what I needed to do. I felt that some of the people I met with were in it for themselves and as a result, our meetings never amounted to anything.”

It’s fair to say that prior to meeting Tim, a case of ‘once bitten, twice shy’ applied to Roger. It’s understandable. His divorce had been particularly challenging financially and Roger was deeply concerned about his financial future. He feared that he would find himself in impoverished circumstances and hadn’t yet met a financial adviser who could allay those fears.

Fortunately, things were different with Tim.

“From the outset, I knew he had our best interests at heart. Tim’s always taken the time to listen and understand which we both really appreciate. He asks insightful questions and I know he’s genuinely interested in what’s best for us. When Leanne and I meet with him there’s no sense of being ‘just another client.’ Tim knows our backgrounds and interests and he knows what drives us. I would strongly recommend him to anyone.”

It’s wonderful that Roger and Leanne can make plans for their future, safe in the knowledge that their finances won’t hold them back.

“Tim’s advice has helped us work out what our resources look like and how we can make the most of what have so that we can live the best lives we can,” Roger says.

Paint Your Retirement Picture with our FREE Guide, containing information and worksheets that will help you to understand where you’re at on your journey and how you want to live your life during retirement.

Roger has certainly had an adventurous life thus far and no doubt he intends to pack in plenty more. He grew up on the family farm in South Africa that four generations before him had called home, but Roger knew early on that life on the land wasn’t going to fill his cup. Independence came at a young age – he was at boarding school by the age of seven and went on to study physics at university. An MBA in Cape Town followed and soon, the business world came calling.

Roger’s career in corporate finance has taken him around the world from South Africa to London and Australia, where he has now resided for 20 years. Roger has been employed by globally recognised firms such as Barclays, Macquarie Bank and Deloitte. He is currently working full-time as an independent contractor. Leanne continues to work in the legal sector. Fortunately, they’ve always found time to clock up those kilometres together!

A quick summary of Roger’s running achievements would make many of us tired just thinking about it! He’s completed 100 standard marathons (42.2km each), 45 ultra-marathons including more than a dozen races of around 90km and even a handful of 100-mile events!

Not surprisingly, since getting together, many of Leanne and Roger’s travels have revolved around ‘running tourism’. They’ve ventured to different corners of Australia and around the globe for major events such as the New York Marathon and South Africa’s Comrades Marathon. 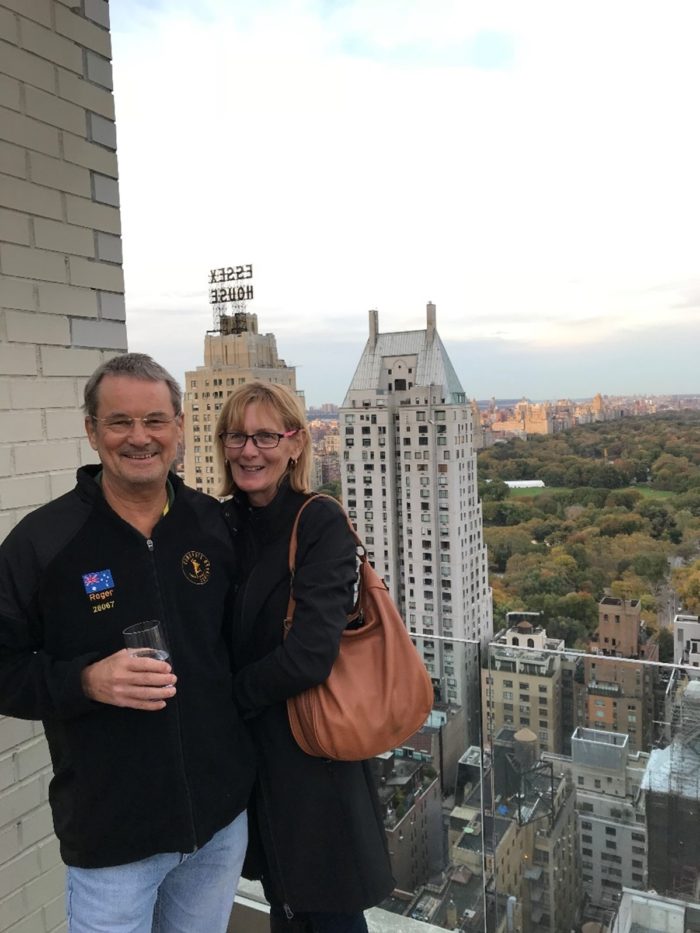 And with travel finally opening up to us again, the super-fit couple plan to compete in the Hobart Marathon in early 2022 before partaking in the Chicago Marathon later in the year.

Clearly, this duo likes to push themselves. They also have great pride in a job well done, be it in the workplace or as they raise their arms in triumph and relief at the end of yet another tough marathon.

Timothy Jones and Invest Blue are proud to be part of Roger and Leanne’s journey as they tackle epic challenges together and runoff, possibly Lycra-clad, into the sunset… 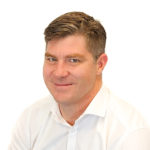 Connect with Timothy on LinkedIn

Book a chat with us if you would like to speak with Timothy Jones or one of our other financial planners about your own situation or retirement plan.

Friendly, professional and tailored to your individual needs.

Steve manages to make me feel just as important as his clients with much larger portfolio. The front office girls are and have always been delightful and professional.

When I came to see Invest Blue I wanted to not only be financially fit, but I also wanted to get personally fit and well again. My planner helped me see how all my goals were possible.

Approaching retirement age, the Etienne's worried that their dreams were out of reach. "David has helped us at every step with very sound advice and guidance while never losing sight of our end goal. He is a very big cog in the wheel."

When I was sidelined with an injury, I knew that I could still pay the mortgage and that the lifestyle that we were accustomed to was protected. Having Income Protection Insurance through my Financial Plan meant I was protected.

It's the scariest thing I have ever done!

...yet getting good financial advice was one of the most rewarding and life-changing decisions we have ever made.

I would highly recommend Invest Blue

I would highly recommend the Invest Blue services as our planner is very professional in his approach and is sensitive to our situation and needs. We particularly liked the way in which the information was presented on the large screen.

I have recommended friends

I have recommended friends visit our Invest Blue Financial Planner for advice, as for me, she was forthcoming with good sound advice, and came over as caring, honest, and understanding, and considered my basic needs.

Good service & they listen to me

Good service, they make a plan to your needs and budget. They listen to me.

If you need a good investment planner use the one I have. Good friendly service always trying to be helpful.