Movements in the value of the Australian dollar are important for Australian-based investors in that they directly impact the value of (and hence returns from) international investments and indirectly affect the performance of domestic assets like shares via the impact on Australia’s competitiveness. But currency movements are also one of the hardest things to get right. This year has been no exception with the $A initially surging to $US0.80 in February only to then fall to a recent low of $US0.71. This note takes a look at the outlook for the $A.

The $A is around long-term fair value

From a long-term perspective, the $A is around fair value. The best guide to this is what is called purchasing power parity (PPP) according to which exchange rates should equilibrate the price of a basket of goods and services across countries – see the next chart that shows annual data for the $A back to 1900. 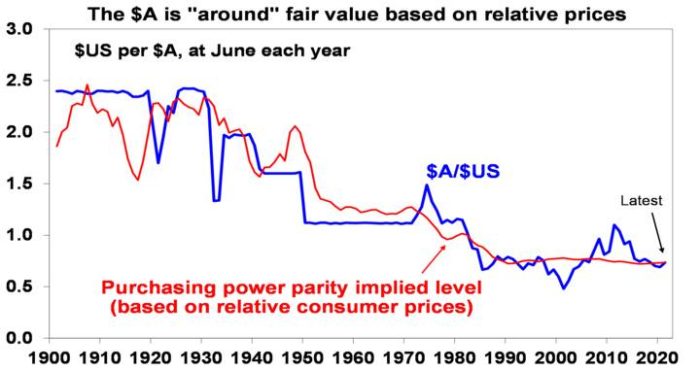 If over time Australian inflation and costs rise relative to the US, then the value of the $A should fall to maintain its real purchasing power. And vice versa if Australian inflation falls relative to the US. Consistent with this the $A tends to move in line with relative price differentials – or its purchasing power parity implied level – over the long term. And right now, it’s around fair value. So, nothing to get excited about, right?

But as can be seen in the chart, it rarely spends much time at the purchasing power parity level. Cyclical swings in the $A are largely driven by swings in the prices of Australia’s key commodity exports and relative interest rates, such that a fall in Australian rates relative to US rates makes it more attractive to park money in the US and hence pushes the $A down. “Investor” sentiment and positioning also impacts – such that if the $A is over-loved with investors overweight in it then it becomes vulnerable to a fall and vice versa if it’s under-loved.

Why has the $A fallen since February?

But there are five positives likely to push the $A up

Against this, there are a bunch of forces suggesting that what we have seen since February is most likely part of a correction. 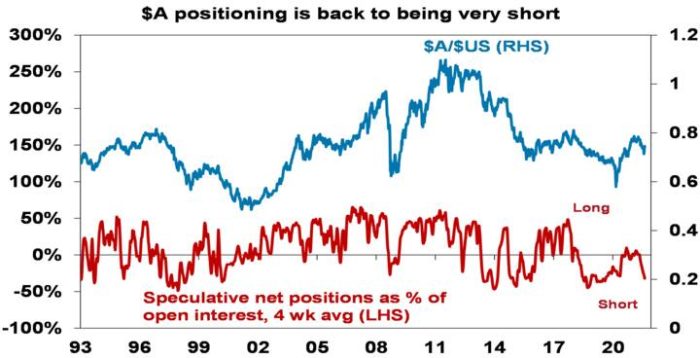 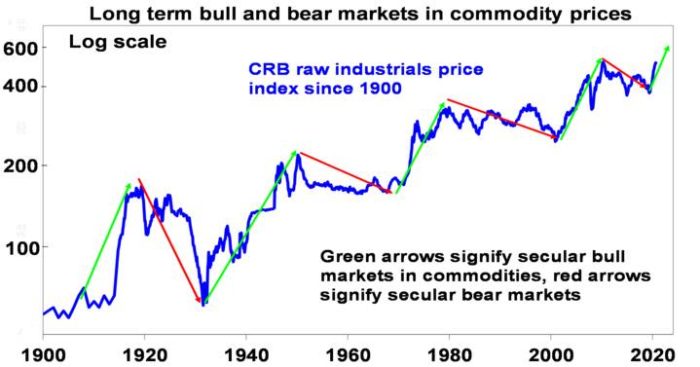 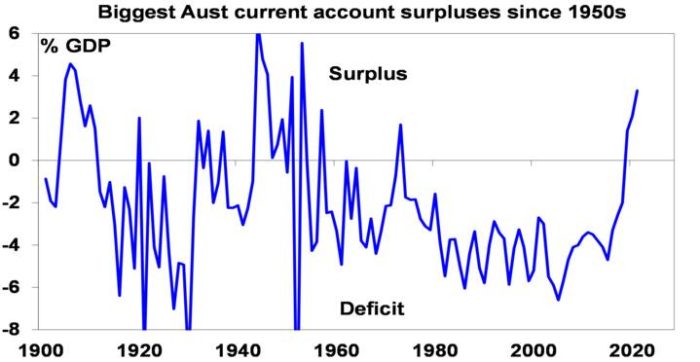 Ultimately, we expect the positives notably in the form of strong global growth and high commodity prices to triumph over the negatives and push the Australian dollar higher, and over the next 12 months see it rising to around $US0.80-0.85.

What does it mean for investors?

A rise in the value of the Australian dollar will reduce the value of an international asset (and hence its return) by one for one, and vice versa for a fall in the $A. So last year global shares returned 13.8% in local currency terms but only 5.7% in Australian dollar terms as the $A rose in value. So, when investing in international assets an Australian investor has the choice of being hedged (which removes this currency impact) or unhedged (which leaves the investor exposed to $A changes). Given our expectation for the $A to rise over the next 12 months there is a case for investors to tilt towards a hedged exposure of their international investments.

However, this should not be taken to an extreme for two key reasons. First, currency forecasting is hard to get right. Second, having foreign currency in an investor’s portfolio via unhedged foreign investments is a good diversifier if the economic and commodity outlook turns sour. As can be seen in the next chart there is a rough positive correlation between changes in global shares in their local currency terms and the $A. Major falls in global shares which are circled in the next chart saw sharp falls in the $A which offset the fall in global shares for Australian investors. So being short the $A and long foreign exchange provides good protection against threats to the global outlook. 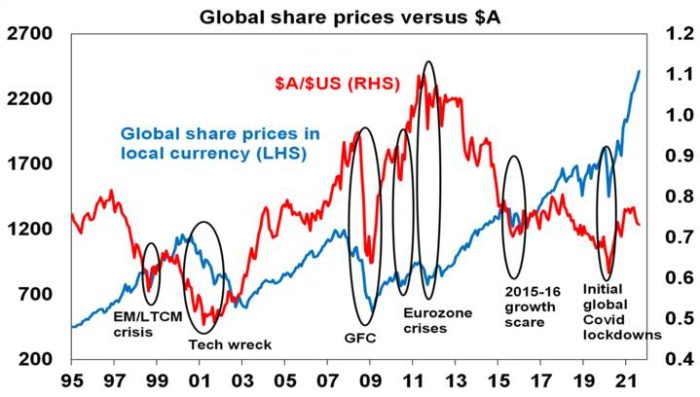