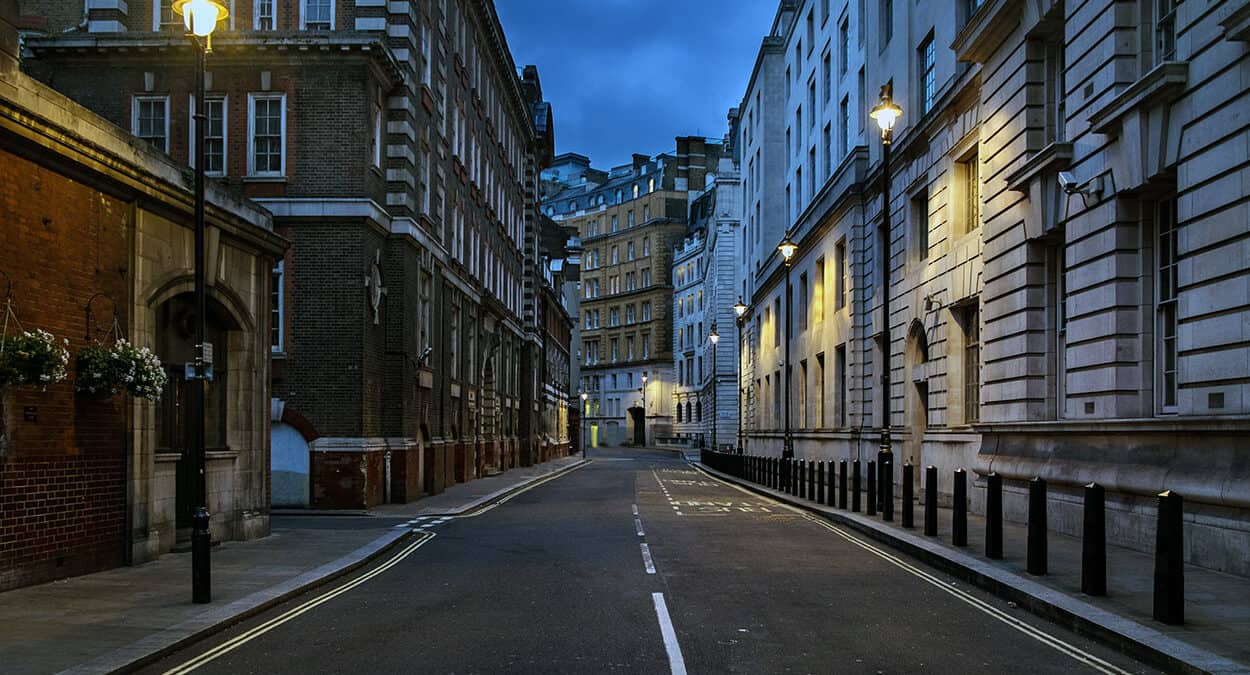 HomeIMarket UpdatesIIs Coronavirus driving a recession, depression or an economic hit like no other? What does it mean for the bear market in shares?

Is Coronavirus driving a recession, depression or an economic hit like no other? What does it mean for the bear market in shares?

Global and Australian shares have fallen well beyond the 20% decline commonly used to delineate a bear market. From their highs to their recent lows major share markets have had roughly 35% falls as investors have moved to factor in a big hit to growth from coronavirus shutdowns. A recession now looks inevitable and they tend to be associated with deep and long bear markets, but now there is even talk of depression suggesting an even deeper bear market. In reality, there are big differences now compared to past recessions and the Great Depression, so it really looks like an economic hit like no other with very different implications for the bear market in shares. But let’s first look at past bear markets as they provide some lessons for investors regardless of the cause.

There are 2 types of bear markets in shares:

I can’t claim the terms “gummy bear” and “grizzly bear” as I first saw them applied by stockbroker Credit Suisse a few years ago. But they are a good way to conceptualise bear markets. Grizzly bears maul investors but gummy bears eventually leave a nicer taste (like the lollies!). The next table takes a closer look at bear markets. It shows conventionally defined bear markets in Australian shares since 1900 – where a bear market is a 20% decline that is not fully reversed within 12 months. The first column shows bear markets, the second shows the duration of their falls and the third shows the size of the falls. The fourth shows the percentage change in share prices 12 months after the initial 20% decline. The final column shows the size of the rebound over the first 12 months from the low. 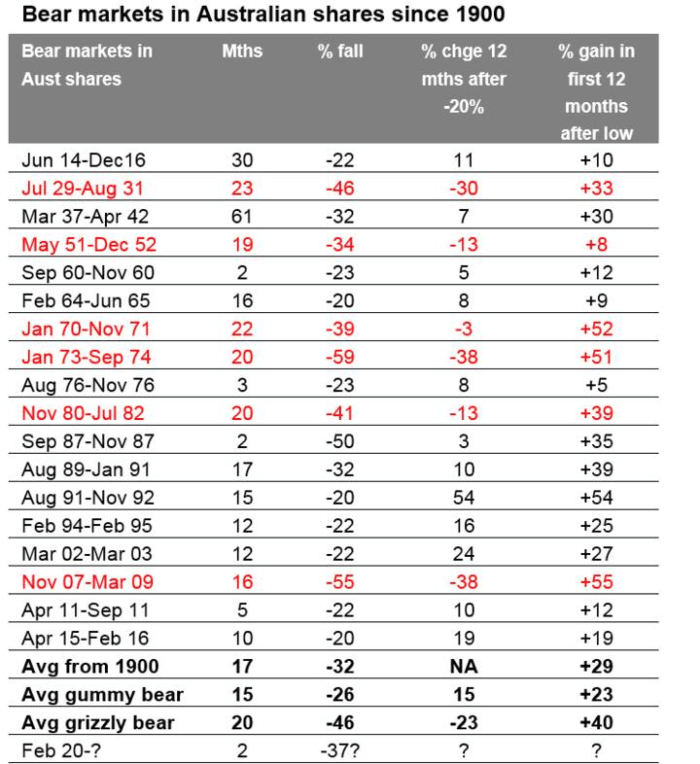 Based on the All Ords. I have defined a bear market as a 20% or greater fall in shares that are not fully reversed within 12 months. Source: Global Financial Data, Bloomberg, AMP Capital

Since 1900 there have been 12 gummy bear markets (in black) and six grizzly bears (in red). Several points stand out.

Recession versus depression or something else?

So, one of the key messages from history is that if we have a recession then the bear market will likely be grizzly and severe with markets even lower than they are today in 12 months’ time. It’s not necessarily that simple though as the shock this time is very different from those seen in the past. But first the bad news. A recession now looks inevitable. There is now even talk of “depression”. While there is a huge unknown around how long it will take to control the virus and hence how long the shutdowns will last it is looking clear that the short term hit to GDP will be deeper than anything seen in the post WW2 period hence the increasing references to the pre-war depression: 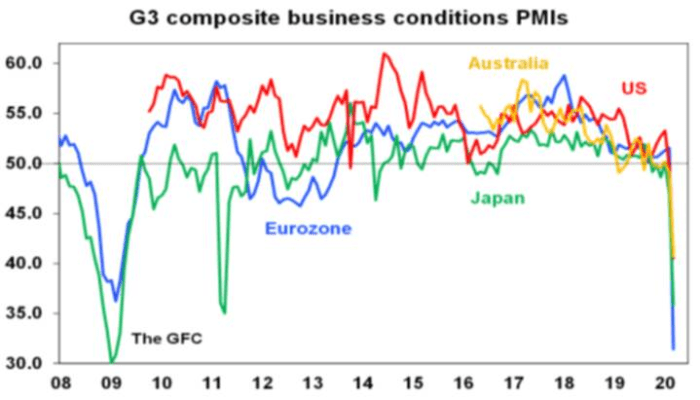 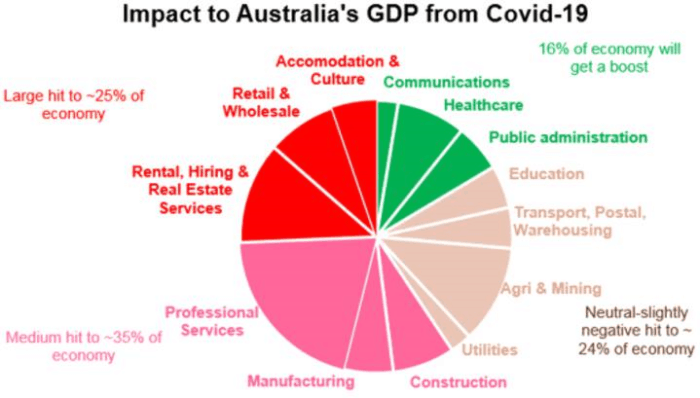 But while the slump in economic activity may be deeper than anything seen in the post-war period, depression may not be the best description. Most definitions of depression focus on it being over several years and seeing a very deep fall in GDP compared to a recession which is shorter and shallower. The current hit to economic activity may be very deep but it won’t necessarily be longer than past recessions. And there is good reason to believe that if the virus comes under control in the next 2-6 months and we minimize the collateral damage from the shutdowns that the hit to activity may be shorter. There are big differences between the current situation and that of past recessions and the Great Depression of the 1930s: 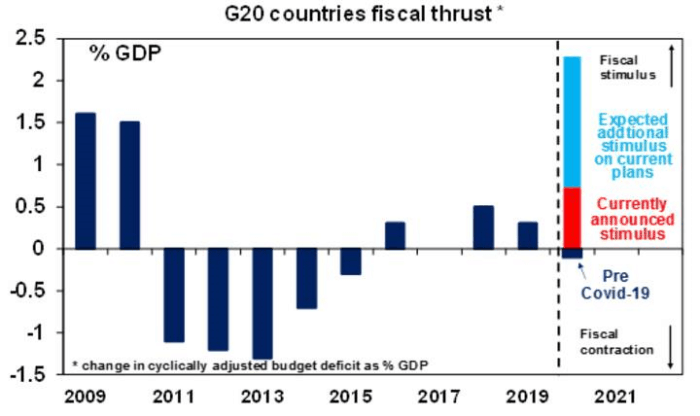 The bottom line is that while we may see the biggest hit to global and Australian GDP since the 1930s thanks to the shutdowns, there are big differences compared to the Depression suggesting that a long drawn out global downturn is not inevitable. Basically, it’s a disruption to normal activity caused by the need to stay at home. In fact, growth could rebound quickly once the virus is under control and policy stimulus impacts. Which in turn should benefit share markets and could see this latest bear market turn into a gummy bear market rather than a grizzly bear market. Of course, at this point, we are still waiting for convincing evidence that markets have bottomed. And the key is that the number of new cases of coronavirus starts to slow and that collateral damage from the shutdowns are kept to a minimum.