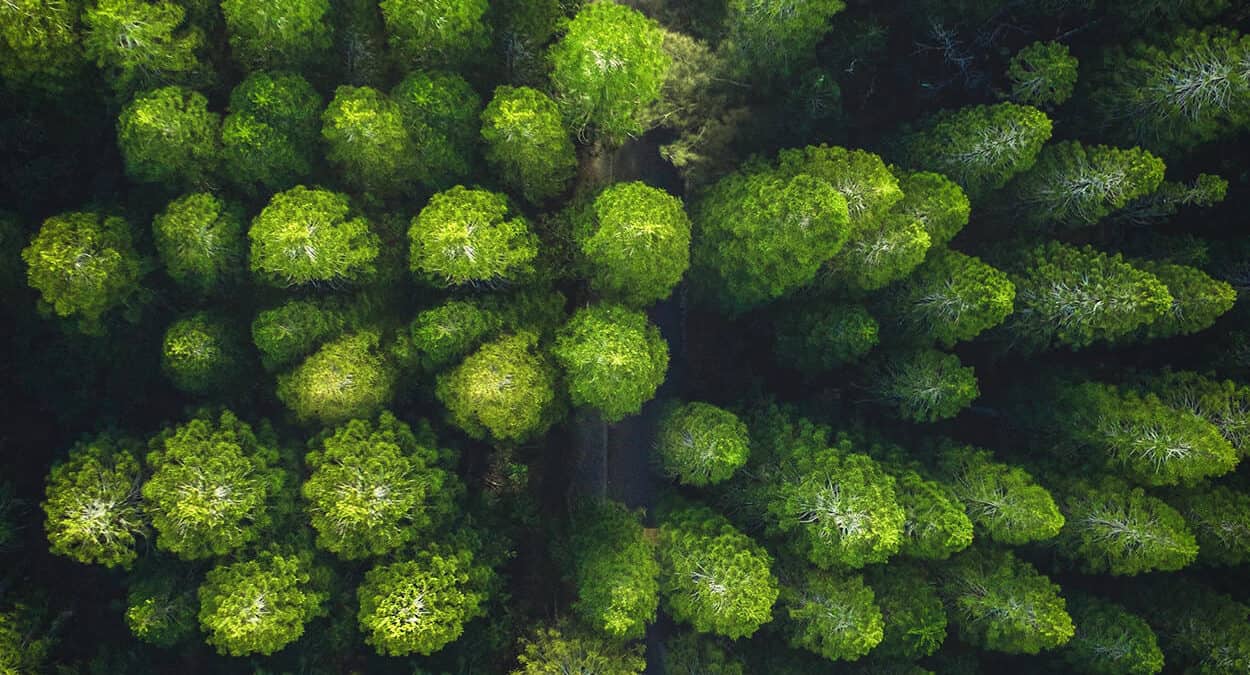 Along with massive fiscal stimulus globally to deal with the impact of coronavirus shutdowns on the economy, the last month or so has also seen massive monetary easing – with the latest being the US Federal Reserve expanding its emergency lending program to $US2.3 trillion. The economic shutdowns are necessary to slow the spread of coronavirus to take the pressure off the medical system to minimise deaths. And because this will lead to a huge detraction in economic activity – we expect Australia and other developed countries to see a 10 to 15% fall in GDP centred on the current quarter – businesses, jobs and incomes need to be protected as far as possible through a period of hibernation so the economy can return to “normal” as quickly as possible once the shutdown ends. Hence government measures to support businesses, jobs and incomes via wage subsidies, payments to businesses, tax relief, rent relief etc. Such measures add to more than 4% of global GDP and are still rising. 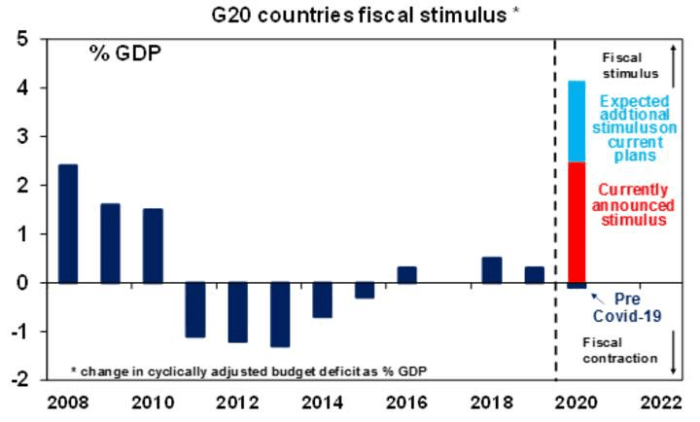 In Australia, fiscal stimulus is now up to around 10.5% of GDP and in the US it’s around 7% with more on the way.

However, monetary stimulus is also necessary to take the pressure off indebted households and businesses and to ensure the flow of money and credit through the economy. Initially, some of the focus was on rate cuts, but rates were already low or around zero, and so increasingly we are seeing quantitative easing (QE) or money printing. But surely this is unnatural – money doesn’t just grow on trees? Some fret this can only lead to hyperinflation. This note looks at what QE is and how it entails printing money, why it’s being used and what the risks are.

But first here is a quick summary of recent major monetary policy easing measures since February:

These all involve quantitative easing and hence money printing.

What is quantitative easing?

Quantitative easing involves a central bank printing money and using that money to buy government and private sector securities or to lend directly or via banks to pump cash into the economy. So this covers the Fed’s bond-buying program and its lending facilities and in Australia, it covers the RBA’s buying of Australian Government bonds and its low-cost funding of banks. It all shows up as an expansion in central banks’ balance sheets which shows their assets and liabilities. The printed money or cash increases the “liability” side of the balance sheet and the increased holding of bonds, private securities, direct loans or funding of banks shows up on the “asset” side. Rough estimates are that the moves announced over the last month or so will see the Fed’s balance sheet more than double to around $US11 trillion by year-end or 50% of US GDP and the RBA’s balance sheet nearly double to around $340bn by year-end or 17% of GDP. Of course, the Bank of Japan’s balance sheet dwarfs that of the Fed, ECB and RBA reflecting its massive quantitative easing program since 2012. 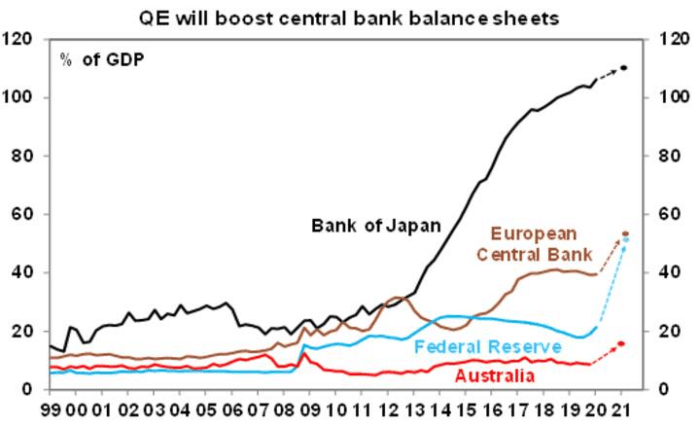 So why do quantitative easing?

But isn’t this helicopter money? What about MMT?

Not quite – although the Bank of England may be straying down this path. The BoE aside, as currently practised central bank bond-buying involves the central bank using printed money to buy already existing government bonds in the secondary market (eg from banks, super funds and foreign investors). So, it’s not directly providing the money to the government and those bonds must (at least in theory) still be paid back when they mature. So, it’s not really “helicopter money” – which would see a central bank directly give money to the government to spend.

Modern Monetary Theory (MMT) argues that if a country borrows in its currency (which Australia does – so there is no risk of a currency crisis) and there is more risk of deflation than inflation then there is nothing wrong with using money printing to finance government spending which can be allocated equitably. I have some sympathy for this. The trouble is that politicians would be at risk of becoming addicted to the flow of central bank money resulting in wasteful government spending and eventually hyperinflation. So central banks & governments are wary of doing this. At least for now – as this resolve may fade the longer inflation remains very low (and may already be fading in the UK!).

But of course, QE is aiding the government’s stimulus program by helping to keep bond yields down. And unlike in the period of quantitative easing seen in the US and Europe last decade which was accompanied by fiscal austerity, exploding budget deficits today provide a vehicle for quantitative easing to add to spending in the economy (once the shutdowns relax) so QE today is likely to be far more potent than it was last decade.

How will central banks get their balance sheets down?

There is no magical right or wrong level for a central bank’s balance sheet – as can be seen in the chart above they vary as a share of GDP from country to country. So, it’s not necessarily the case that central banks will need to shrink them (beyond the shrinkage that may occur when their lending and low-cost bank funding programs end) – they could just remain at a permanently higher level with central banks just rolling their bond holdings over as bonds mature meaning effectively that governments may never need to pay a portion of their debt back. And in the process, the interest governments pay on such debt could come back to them as a “dividend” payment from the central bank!

Won’t it just cause hyperinflation?

The biggest risk in this whole strategy is that the expansion of the money supply results in a surge in inflation. Early last decade when QE became popular there was much talk of hyperinflation and the US becoming the next Zimbabwe, but it didn’t because while narrow measures of money (cash and bank reserves) surged, broader money supply measures like credit growth remained subdued and at the same time spare capacity in the economy remained high. The same will likely apply now in the short term – until economic activity recovers to more normal levels such that spare capacity is used up (with unemployment falling and factories operating at full capacity) and lending growth picks up substantially it’s hard to see inflation picking up. If anything, inflation looks likely to fall – just look at the plunge in oil and petrol prices, the slump in demand for discretionary retail products and all the talk of falling wages.

Once the economic activity has recovered there is a bigger risk of inflation and central banks may have to reverse easy money. But that’s an issue for some time away. We still have to end the shutdowns, and all go back to work and spending first.

What does it all mean for investors?

There are several implications in all this for investors. First, because the coronavirus shutdown has created such a big hit to economic activity which will take a while to fully recover from, low-interest rates and easy monetary policy will likely be with us for a long time to come and once the growth outlook improves this is a positive for growth assets like shares.

Second, the country that expands its balance sheet and by implication its money supply the fastest seems likely to see a decline in its currency. Based on our balance sheet calculations the Fed looks to be leading the charge here – which could be negative for the US dollar. This may ultimately support commodity prices and the $A once the shutdowns end.

Third, ultimately ultra-easy money, huge budget deficits and public debt and an ongoing retreat from globalisation will add to the risk of an eventual pick-up in inflation which would be negative for bonds – but that’s still several years away.