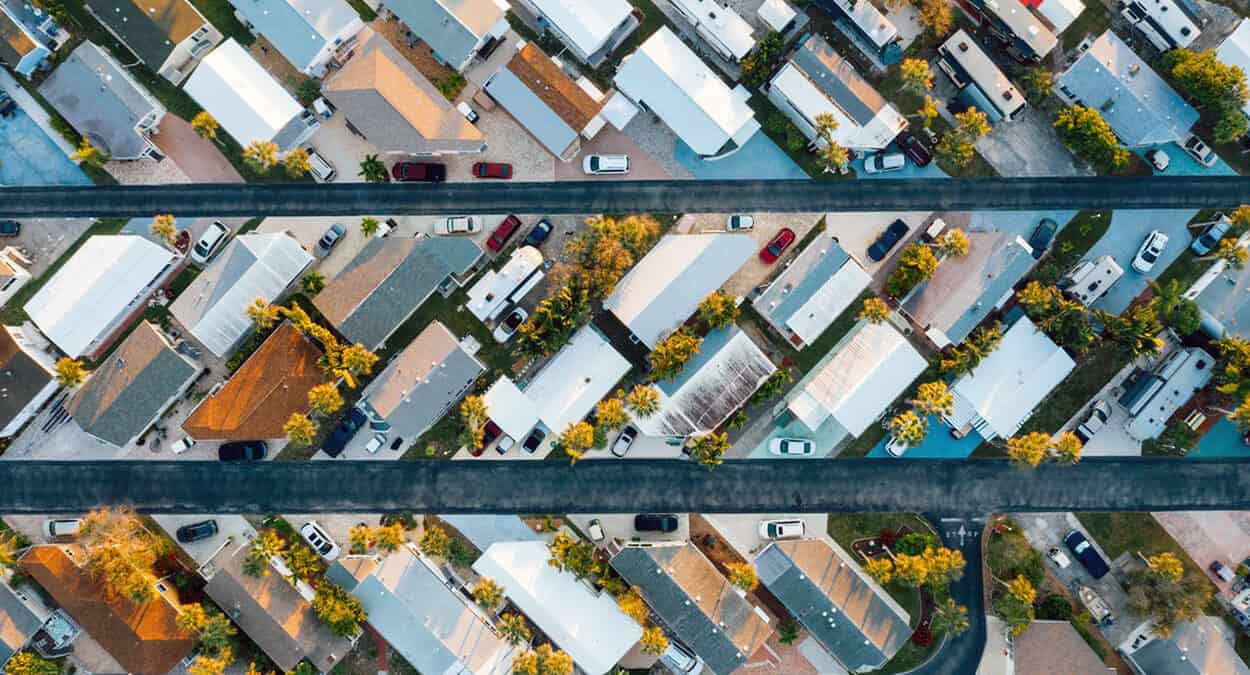 For years Australia has suffered from poor housing affordability. According to the 2020 Demographic Housing Affordability Survey, the multiple of median house prices to median annual incomes is 5.9 times in Australia compared to 3.9 times in Canada, 4.5 times in the UK & 3.6 times in the US. Consistent with this the ratio of house prices to incomes relative to its long-term average is at the high end of OECD countries. 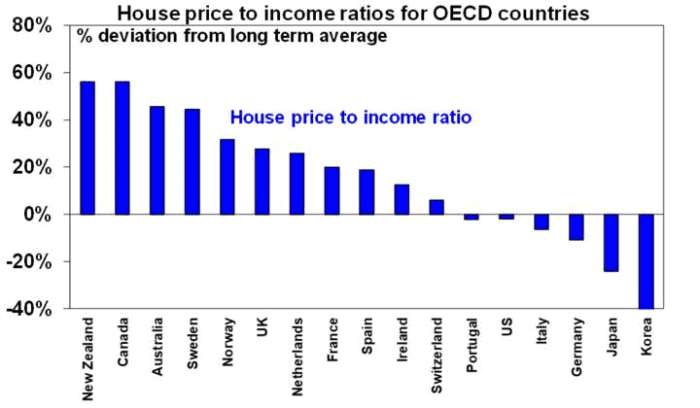 It wasn’t always so – Australia was once seen as a country with relatively cheap and affordable housing. Having a house on a quarter-acre block was an essential part of the “Aussie dream”. But that changed last decade as average house prices went higher and higher relative to average incomes and this went hand in hand with a surge in household debt relative to income. See the next chart. There have been several cyclical downswings in property prices that have brought short term relief in terms of affordability – around the GFC when average capital city dwelling prices fell 7.6% based on CoreLogic data, around 2011 when prices fell 6.2% and in 2017-19 when prices dipped 10.2% – but they have been short-lived with prices quickly bouncing back. 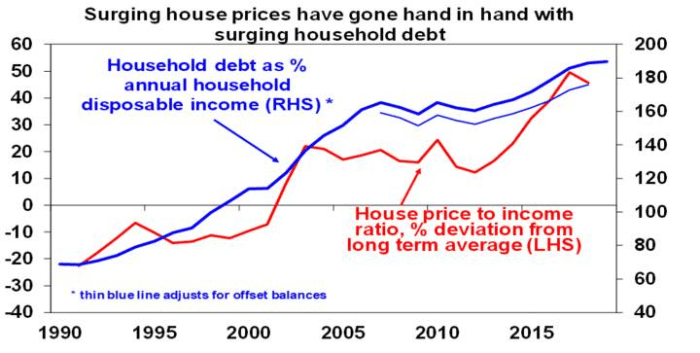 The coronavirus shock may have a more lasting impact. It has brought lots of pain and suffering on a human level but also on an economic level. And it has caused much disruption to the property market in the short term with more likely to come. But it may have a lasting positive legacy in relation to property – that is more affordable housing in Australia.

Why is Australian housing so expensive?

To understand why this may be the case its necessary to consider what has caused poor housing affordability in Australia in the first place. It’s been popular to blame tax concessions, foreign buying, government-related housing infrastructure charges and stamp duty and low-interest rates and easy credit. But none of these really explain it.

Lots of other countries have a variety of housing tax concessions too, but with much cheaper housing. Foreign buying is a relatively small part of the overall market and has declined in recent years. Infrastructure associated with housing is hardly unique to Australia. Stamp duty adds to the cost of transactions and is a silly tax, but if anything may have kept prices lower than they otherwise would be (when supply is constrained). The shift from high-interest rates to low-interest rates enabling bigger loans has enabled ever more expensive housing – but other countries have also seen ultra-low interest rates in recent decades and yet have much cheaper housing.

Rather the basic problem has been a surge in population growth from the mid-last decade and an inadequate supply response (thanks partly to tight development controls and lagging infrastructure). Since 2006, annual population growth averaged about 150,000 people above what it was over the decade to the mid-2000s. This required the supply of an extra 50,000 new homes per year. See the next chart. Unfortunately, this was slow in coming. But with an insufficient supply response to surging demand, prices were able to stay elevated. And so poor housing affordability got locked in. 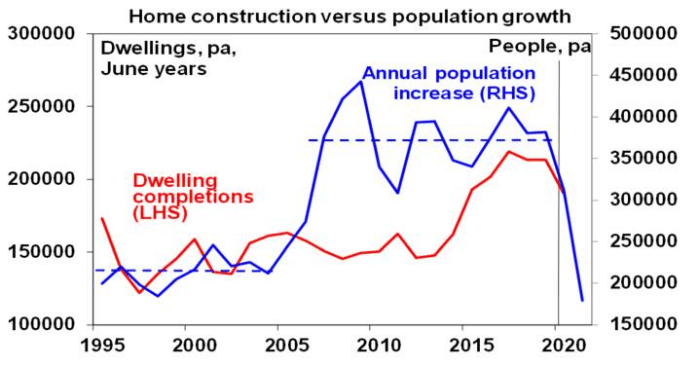 Each cyclical downturn in house prices has brought hope of a solution, but it was invariably dashed as the fundamental supply-demand imbalance remained or re-established itself. The same looked to be applying more recently with average house prices surging 10% between June last year.

The longer-term impact of coronavirus

The coronavirus shock has the potential to change this dynamic of cyclical fluctuations around ongoing poor affordability. It has already triggered a renewed downturn in property prices with capital city prices down 2% on average since April, with Melbourne prices down around 4%. JobKeeper and the bank payment holiday are preventing faster falls at present. But further declines in national prices are likely, as high unemployment, the depressed rental market and the collapse in immigration impact. We now see average capital city prices falling 10-15% from their April high out to mid-next year with Melbourne most at risk and likely to see a 15-20% decline.

Past experience would suggest that this may be just another cyclical downturn and once coronavirus comes under control and the economy rebounds it will be back to normal with poor affordability. Particularly with record low-interest rates making it feasible to borrow up big. However, the coronavirus shock has the potential to change this for three reasons. 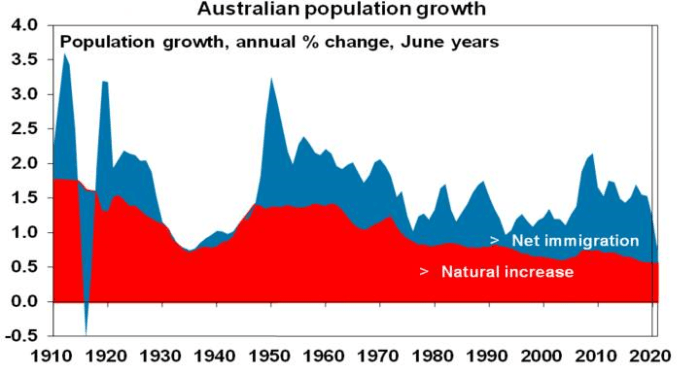 We are still fighting the war against coronavirus but it’s likely, as we have seen with various shocks in the past, we will get over it, and go back to something more normal. But not everything will go back to normal. A lasting impact could be more affordable housing in Australia. It’s not our base case that this will come in the form of a property crash (and that would be a bad outcome for the economy anyway via negative wealth effects) but it could come in the form of much softer property price gains over time (after the initial hit into next year).